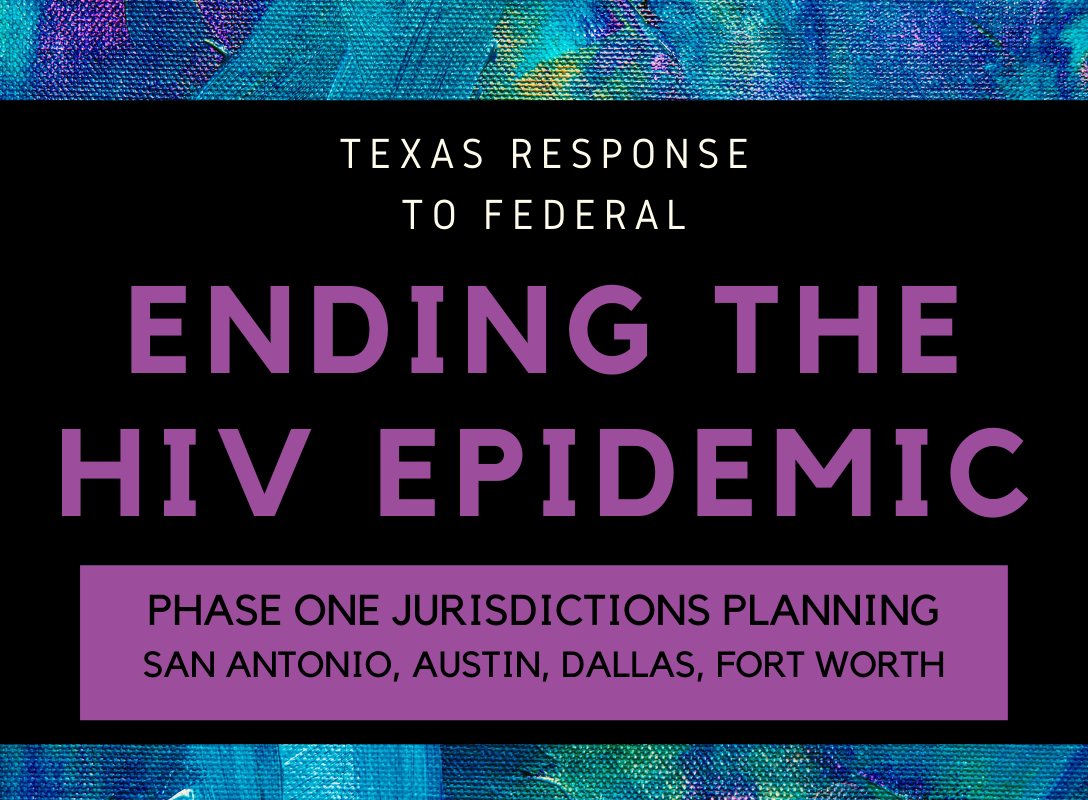 The Ending the HIV Epidemic (EHE) in the United States initiative was announced in 2019 with the aim to end the HIV epidemic by 2030.  The initiatives goal is to reduce the number of people who acquire HIV each year by 90% by the year 2030.

The EHE effort focuses on four key strategies or pillars in order to achieve the plan goals:

Fifty-seven (57) phase I jurisdictions were identified and supported in the initial roll out of the EHE initiative.  These jurisdictions represented more than 50% of new HIV diagnoses in 2016 and 2017.

There are five phase I counties in Texas, four of which are supported with CDC funding through the Texas Department of State Health Services. The fifth jurisdiction, Houston, receives direct EHE funding and support from the CDC.

The Texas EHE Plan posted below represents the efforts and strategies that were developed through those planning efforts.  This plan is an evolving document and as planning and implementation efforts continue.