Due to the ongoing impact of the COVID-19 pandemic, the 2020 Texas HIV/STD Conference will be virtual. The conference will still deliver the same quality you’ve come to love and expect, but now in the form of a FREE virtual experience. We hope the virtual event will expand the conference’s reach and provide the opportunity for all HIV/STD health professionals throughout Texas to attend. 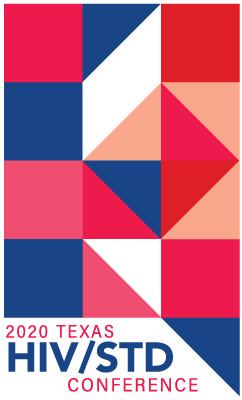 You won’t want to miss out! Register for free at: 2020 Texas HIV/STD Conference Registration

To achieve our goal and end the HIV epidemic in Texas, more must be done to stop the continued transmission of HIV among gay men, while also recognizing the real lived experience of those men.  Strategies must continue to be developed to empower gay, bisexual, and other men who have sex with men to live full and complete lives while reducing the chance of acquiring HIV.

A key strategy to ending the HIV epidemic in Texas and among gay/bi/MSM is wider use of pre-exposure prophylaxis (PrEP).  Taken daily, PrEP prevents sexually active HIV negative men from contracting HIV if they are exposed.  While PrEP use continues to increase each year, according to AIDSVU, only roughly 14,000 people in Texas were utilizing PrEP in 2018.  Wider and easier access to PrEP will increase use, but we must also address the stigma and sexual shaming that exists in communities, and among gay/bi/MSM men in order to fully realize the benefits of PrEP.

This week’s blog was written by the Southern AIDS Coalition in honor of Southern HIV/AIDS Awareness Day. We are excited to have had the opportunity to partner with SAC to raise awareness of the impact of HIV in the South.

Southern states are suffering from an HIV epidemic. Data on HIV shows that 45% of people living with HIV, and 52% of all new HIV diagnoses are found in the South (AIDS Vu). In 2019, the Trump Administration announced the plan End the HIV Epidemic: A Plan for America. This plan focused on increasing resources for testing, treatment, and prevention to decrease new HIV infections by 90% by 2030. The Plan focused on 58 priority jurisdictions that suffer higher rates of HIV in the country. Located in the South, the majority of these jurisdictions include 7 Southern states. In the HIV/AIDS epidemic, we also encounter many health disparities when talking about diagnosis, treatment, and access to healthcare. HIV disproportionately affects African American men and brings out systemic issues that lead to these disparities. The fight to end the epidemic cannot only focus on HIV/AIDS, but all the other factors that impede people to gain access to prevention, diagnosis, and treatment. It is important to bring attention to the South because the epidemic looks much different in Southern states that often were overlooked by large metropolitan areas. There are many factors in the South that affect the HIV epidemic, such as lack of healthcare, vast rural areas, lack of health insurance, transportation issues, stigma, and many other factors.

The Southern HIV/AIDS Awareness Day (SHAAD) was launched on August 20th, 2019 by the Southern AIDS Coalition (SAC). The purpose of SHAAD is to bring awareness to the HIV epidemic in the South and amplify efforts to combat it. During SHAAD 2019, multiple organizations, health departments, and businesses fighting to end the epidemic gathered to talk about the efforts being done on the ground and sharing success stories. Additionally, SHAAD ensures to bring an array of intersectional topics that affect people living with HIV in the South and systemic issues that affect the treatment and prevention of HIV. This year the Southern AIDS Coalition will be hosting SHAAD virtually. The theme of this year’s event is Pursuing the Possible, Doing the Work. Although SHAAD is taking a virtual approach this year, it will still be an impactful event, where organizations can come together and highlight the efforts done to end the HIV epidemic in the South. SHAAD 2020 will take place during August 20th and the 21st, highlighting five different panels. These panels will be on various topics such as: amplifying Southern voices, a conversation with Gilead COMPASS Initiative, EHE in the South from a federal perspective, and finally, addressing healthcare, housing, and hunger.

Having the Southern HIV/AIDS Awareness Day is extremely important. For many years HIV treatment and prevention have been focused on large metropolitan areas, therefore overlooking rural areas and the majority of the South. In consequence, there was a lack of funding and resource allocation to the South, which ties to the many disparities that we see in HIV today. By bringing awareness to the HIV epidemic in the South, we can gather the voices of people doing work locally and see what is working and what is not. There are unique challenges in the South that make the work in HIV harder. For example, the lack of Medicaid expansion. For many, the only way to get HIV treatment is through Medicaid. However, many people living with HIV are uninsured, which is why Medicaid expansion is so important. The vast rural areas that make up the Southern states also have an impact on access to healthcare. Obtaining care in rural areas is a challenge, and an additional barrier when it comes to finding a physician that works with HIV treatment and prevention. At SHAAD, we not only look at the problems and challenges, but we focus on finding solutions through our strengths. The work that is being done in the South to fight against HIV/AIDS is impressive. We have many strong advocates in the South doing fantastic work. Southern HIV/AIDS Awareness Day is essential for bringing all these incredible Southern leaders and advocates to highlight and celebrate the work done in the South around HIV and AIDS.  At SAC, we hope that we can continue SHAAD for many years to come because creating partnerships and coming together to share our stories and voices is how we create change.

Methamphetamine is not a new drug, it was developed in 1919 in Japan and was widely used by all sides in World War II.  Later, the drug was prescribed for weight loss and as treatment for depression.  It wasn’t until 1970 that the US government made methamphetamine illegal which lead to the underground production and sale of the drug. In the 1990s, drug cartels began large scale manufacturing of methamphetamine while smaller labs in homes and vehicles began producing meth in rural cities across the country.

In the late 1990s and early 2000s meth became the most widely used drug among urban gay men and spread throughout gay culture.  Methamphetamine use among gay/bi and other MSM has been shown to be 20 times that of the general population (Oldenburg, Et Al, 2016) and it’s use has not decreased over the decades (Mimiaga, Et Al 2019).

Meth is used by gay/bi/msm to party, promote confidence, and enhance sexual experiences.  Many gay men report that “chemsex” is far more enjoyable and that after experience sex while using meth, regular sex is less enjoyable.

For people living with HIV, using methamphetamine can have disastrous consequences.  Meth users who are living with HIV tend to have higher viral loads and are at risk of not being in treatment.  Meth may also effect a person’s immune system which makes it easier for HIV to replicate.

In the early 2000s, there were large campaigns focused on raising awareness of and combating meth use among gay/bi/MSM across the country.  These efforts have largely faded away but the prevalence of methamphetamine use has remained a part of our community.

To learn more about methamphetamine use among gay/bi/MSM, particularly among Latinx gay/bi/MSM, register for our future webinar “Where There’s Smoke There’s Fire” an Achieving Together Conversation sponsored by the Texas HIV Syndicate and presented by Poderosos.

Our country is at a crucial point in our collective history as communities across the nation engage in organizing, protesting, and confronting the systemic racism that plagues Black, Indigenous, and other communities of color in America.

The Black Lives Matter movement continues to lead the call for social justice by confronting the murder of Black men, women, and children by law enforcement and the dismantling of white supremacy in our culture.

Today, July 13th, is the 7 year anniversary of the Black Lives Matter movement.

Achieving Together Texas stands with and supports Black Lives Matter.

Social justice is a core value to the Achieving Together plan.  Many HIV organizations across Texas have now publicly taken a stand against systemic racism and in support of Black Lives Matter. They have committed themselves to the fight to end White supremacy in our country.

As we work together to stand with Black, Indigenous, and other communities of color, we must also work to support those community members who are intersectionally marginalized in the fight for justice.  These communities are often most vulnerable to being unrepresented in the broader movement for change.

As a group dedicated to addressing social justice, the Achieving Together community must continue to support and amplify the voices of Black women and Black LGBTQ communities to ensure that their issues and experiences are heard.

In her interview with Dissent Magazine, Marcia Chatelain, professor of history at Georgetown University, creator of the #FergusonSyllabus, and author of South Side Girls: Growing Up in the Great Migration, discussed the role of Black women and queer communities in the broader Black Lives Matter movement:

“I think any conversation about police brutality must include black women. Even if women are not the majority of the victims of homicide, the way they are profiled and targeted by police is incredibly gendered. There are now renewed conversations about how sexual violence and sexual intimidation are part of how Black women experience racist policing. You don’t have to dig deep to see how police brutality is a women’s issue—whether it’s the terrifying way that Oklahoma City police officer Daniel Holtzclaw preyed on black women in low-income sections of the city, or the murder of seven-year-old Aiyana Stanley-Jones inside her Detroit home. We know that girls and women of color are also dying.”

This year, there have been 18 transgender women killed including the recent murder of Merci Mack, a 22 year old Black Transgender woman killed in Dallas.

In the article BLM Turns Inward to Ask About LGBTQ Bias, Ariel Hall writes that “Historically, LGBTQ+ members of the Black community have experienced ostracization, bullying, isolation and violence, according to studies. LGBTQ youth of color and transgender teenagers report the highest levels of rejection and isolation”

As a movement dedicated to ending HIV and fighting for social change, the Achieving Together community must continue to advocate for and support communities of color and challenge ourselves to elevate the voices and issues faced by Black women and Black LGBTQ people.

To learn more about racism as a public health crisis, we encourage you to watch Racism: The Ultimate Underlying Condition, and to participate in the rest of the American Public Health Association’s Advancing Racial Equity Series.

You can also watch the short video The Intersection of Black Lives Matter and Public Health: Moving from Conversation to Action in Addressing Health Disparities to see examples of the work being done in San Francisco to address racism through public health.